I only got one video from this privy dig last week in Massachusetts before my phone battery died.  I don’t get a chance to dig many privies.  I have discovered that the odds of finding a bottle filled privy here in New England, is significantly lower than in most other parts of the country. This is for a variety of reasons I won’t get in to here.

But in this particular case, I was in luck, as I passed this construction site daily, as they knocked down and cleared the trees, which exposed a total of 3 building foundations. I went back one evening last week, and probed the property for about an hour, with no luck .  Then a probed a random “stab”, up next to what looked like the trunk of a 200 year old looking tree. 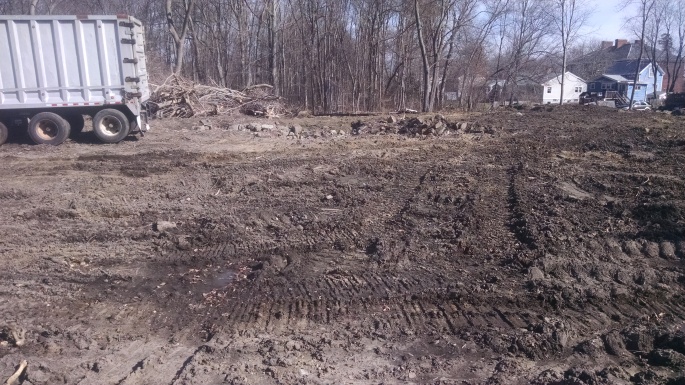 Sure enough it felt like a shallow privy, so I cut a hole into the top of it, and reached down into the hole with my gloved hand, and could feel a couple of bottles in place.  The very first thing I pulled out was the bottom have of an open pontil Browns Tomato and Sarsaparilla Bitters

The total size of the privy was about 3’ x 4’ by 3’ deep.  On side was brick lined, so I’m guessing the other 3 were wood that had rotted away.  Although the privy was a huge tease,  it was very fun to dig.

It was pontil age, and I got 4 whole pontils, but there were some other large whole bottles in the same layer, which felt like they were going to be show stoppers, until I pulled them out to find they were unembossed whiskeys and wines, as well as an embossed “Dr Cummings Vegetine”  which sure felt like a quart lettered flask before I got it out of the hole . 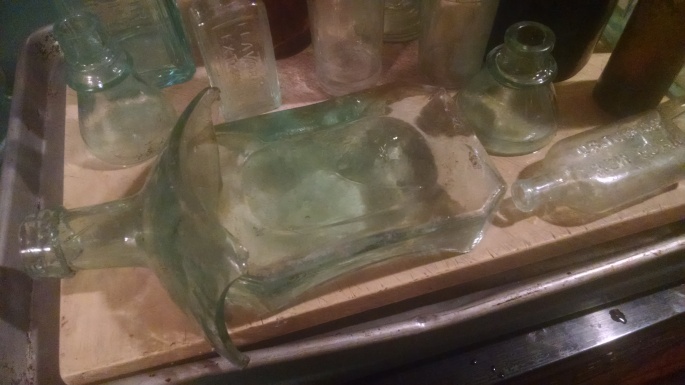 I came across a shard to the top of a Stoddard starburst flask, as well as the top and base of a mamoth 14″ tall “Clarke’s Sherry Wine Bitters, Sharon Mass”