One of my favorite places to find buried bottles are tidal salt marshes. Salt marshes are long flat tracts of land made of compacted silty dirt, usually covered in Salt Grass or Cord Grass. The salt marshes have naturally formed “canals” , and sometimes additionally man made canals, which fill and empty with water from the ocean at high and low tides. There are locations all up and down the North East Atlantic coast, where the ocean waves crash in to rocky or sandy shorelines, and then “breathe” daily in and out of salt marshes, which are often a mile or more wide, separating the “beach” from dry solid land, suitable for building homes. 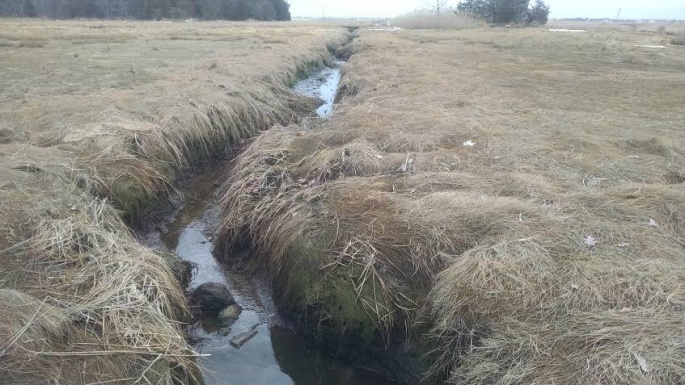 Evidently, some folks used the in and out of the tides, to throw away their trash, dumping it at the tip end of a canal that came up to their back property line, and let the tide eventually drag it out to sea. Not a terrible idea, if you think about it, if it is one person doing it. But once you have 100 people doing it, it is an ecological mess. Obviously and thankfully it’s quite illegal now. But if you can find spots where this is done, and you have some good high “mud boots”, you can walk these canals, and occasionally find old bottles.

There are also dumps along the edge of salt marshes. These, in my opinion, have some of the greatest potential for finding new and “undug” dumps. If you find and get permission, from a nice big 1700s house built near the ocean side,with the back property line being a salt marsh, you may be lucky enough to find a real gold mine of a dump. I’ve only found a few over the years, “oceanside dump sites” as I call them. The two things I love about them, is one, the digging is relatively easy (if you have a probe), as the silty soil keeps the decades of gravity from pulling a pile of trash deep down into the ground, and under a root layer, like in the woods. The other thing is the type of soil in an oceanside dump, is a black silty type of soil which is of a consistency that preserves the glass, and leaves no stain. I’ve pulled bottles out of dumps like this, and he glass sparkles like the day it was made.
These oceanside dumps are located usually about 25 feet from the salt grass line, into the woods. If there is a rock wall headed down from the dwellings, it may help you pinpoint a dumps site. 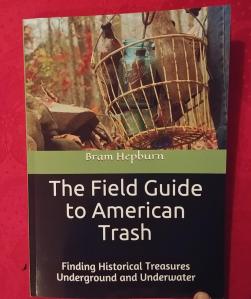